1. Beginning
Always having sport embedded in my genes, since primary school in Zhongxiao I already had a role of leadership to play in differents sports teams, such as handball, table tennis or Taekwondo. Later, in the third year of the secondary school Huaisheng, a crucial year, a friend of my grandma offered me a tennis racquet as a present. And just like this I started playing tennis every day at the park of Yucheng, and ever since my fate has been linked to tennis. However, during my teenage years, my parents strongly disagreed with the fact that I was playing tennis.

They thought that the most important was to study and keep getting promoted, on top of this I faced discrimination from the people that were training with me at the park because I was a girl. But all this just turned into a motivation for me to train even more and to prove them wrong.

2. Studies
When I was fifteen I was accepted in the School of Physical Education of Taipei. I had trained for only half a year and I was at a disadvantage compared to my schoolmates who were more experienced. I took that as a great opportunity to learn from professionals, but things did not go as I expected and I quit school one month later. The main reason was that after the lessons I did not have enough time to train and improve. Since then I spent almost two years training by myself, without a personal trainer for guidance, improving and polishing my techniques with the only help of those training there by my side. I also used to go to the libraries and bookshops looking for tennis magazines to learn the theoretical and practical basis that could help me to improve.

Afterwards, I restarted my studies, being already ranked 16th place of the national tennis rankings. During this time I met Wangsiting, a child prodigy of tennis. Thanks to my outstanding performance I was recommended for the School of Physical Education of Linkou, and for two consecutive years I was selected five times as representative of the national team.

3. Outrage
When I was 20 years old I was in the top 8 of the national tennis ranking and I was qualified as representative of the female delegation for the confederation cup. I thought I had won the first set (7:5), and this way I started leading the match, but in the second set I started falling behind (1:0). But to my surprise the umpire announced that the score was (6:4) in the first set and (3:4) in the second set, and just when we were even in the third set (3:3) the umpire signaled the one ball that was actually inside as out, and finally I lost the match. After a four hour match and an unfair defeat I felt really helpless, with no one to support and protect me, and I had no choice but hold my tears and go through with that blow.

When I was in the third year of the School of Physical Education of Linkou, I was going to participate in the Tainan tournament for the national ranking. As this was a really important tournament for me, I went to the venue in advance to warm up and get ready. However, the organizing committee changed the venue without the appropriate notification, leaving me out of the competition, in a flutter and with a strong feeling of outrage.

4. Leaving home
In this scenario, I was completely frustrated by the competitions in Taiwan. I decided to give up my studies and leave Asia to go to Europe and look for a better chance as a professional tennis player.

When I was 23 I travelled to Australia, Spain, Italy, Greece, Cyprus,... devoting myself to improve my techniques, and I got to be in top 900 of the world ranking. Just when I was at the peak of my career a Spanish team invited me to participate in a professional tournament at European levels. However, the pressure coming from my mum, who didn’t understand my devotion for tennis, on top of the pressure from my school for having to restart my studies of physical education, that made me forget about everything and go back to Taiwan.

5. Decline
In 1998 I was forced to go back to Taiwan, where my passionate devotion for tennis faded away, turning into resentment, while the players for the Olympic Games of 2000 were being selected, the dream of every sportsman, and my personal dream since my childhood. I had always wanted to feel the pride of representing my country as an athlete.

In this period of decline, I spent my time jogging and working as a coach. When I was 29 I participated in the Taipei International Marathon, and I made a promise to myself that if I could finish it in less than 5 hours I would start competing again.

6. Back to competition
When I was 30, I came out 3rd of Taiwan twice, and in the other competitions I stayed in the top 8.

When I was 32 I was 10th of the national ranking. I thank the help of the rector of the National School of Physical Education of Linkou, and coach Erwei Zhang, and professor Huang, among others, that didn’t spare any effort in order to guide me and allow me to represent the school in the competitions. This allowed me to polish my techniques and atteint many sport achievements, while at the same time I finished my studies of pedagogy.

When I was 33 I got the opportunity of leaving Taiwan to participate in the Asian professional tournament. I felt that despite the national tennis was in vogue it was still very important to spread and popularize it among the younger generations. This happened just when the National School of Putai was opened, and thus without a second of hesitation I became a teacher of the school for three years and a half.

7. The comeback
Now, when I am 39, looking back on all the setbacks I have gone through in the past, I believe that without the consent of my family a victory would have been a lonely achievement. I also see that in spite of the lack of fairness that made me shout at the sky, and even if when I missed great opportunities I had to grin and bear it, I still believe that all this eventually turned into a big strength inside of me that gives me the power to face any danger or adversity.

Now, without the family bonds of the past, I have again the opportunity of travelling and live for the dream that I have always wanted to realise. Because regardless of the outcome, either if I win or if I loose it will have been worthy. It is about and adventure, a challenge, something that does not come only from my passion for tennis but from a deeper feeling, from the athlete’s spirit and the perseverance that characterises it.

In the summer of 2012 and back to the Australian battlefield, to participate in Brisbane ranking race in 17 years with my coach Wayne reunited, in this combat experience so I benefited for next year's race made excellent preparations.

April 2013 to participate in the China Amateur Open, before and after the 8 games to achieve success, so far in the year-end Masters Cup qualification in a short time to the top four performance is pleased and proud, consider themselves to produce a beautiful life transcripts.

2014 to 2015 during the Chinese Tennis Masters Cup mixed doubles champion, although ten years did not participate in competitions and training, in order to challenge the professional game, from 2013 to 2015 active recovery of professional standards, but also for the event preparation, to enhance the resistance to stress. In September 2016 I will move to professional doubles, fortunate enough to find in the facebook 23 years ago, coach and sparring, so plan to Spain training, in addition to thick strength, but also looking for suitable doubles partner. And then participate in the European professional events, get the best results, go back to Asia better ranking.

This is my third and last (44 years) challenge to the professional game, because try not to regret, I will go all out. In this thanks to parents and friends and family support, as my greatest spiritual pillar, in order to play on the battlefield, make my ordinary life story add new page.

8. Quotes from a fighter


My first steps were slow, and the circumstances were not the most favourable, but I think that my achievements have always relied on three pillars: attitude, resistance and skill.

(1) Attitude: when I set a goal it becomes my mission to reach at any cost, and regardless of the difficulties, deploying all my potential adversities turn into opportunities. Just like that time in the School of Physical education of Taipei, when during a year I could say that I only got defeats. The more the others stopped believing in me, the bigger it became my will to prove them wrong. Applying the logic of the action and reaction principle, the bigger the force of the impact the bigger will be the reaction to resist it.

(2) Resistance: a tennis match requires a huge amount of energy, and I told myself that there would be no ball I could not reach. Running, training my resistance, that was indispensable, and as I said before, the display of power must be imposing. Not showing any signs of suffering, the adversary must perceive that you are enjoying the roar of the battle.

(3) Skills: learning from the others, competing again and again, accumulating experience, making the most of every competition regardless of the result, searching step by step the refinement of my personal style to reach my peak.

Xun Zi: 『不積蹞步，無以至千里；不積小流，無以成江海。騏驥一躍，不能十步；駑馬十駕，功在不舍』* Without a personal trainer, fighting alone and progressing by my own means, maybe this has been the best option, even though I did not choose it. Tennis is from long ago all my life, to be passionate about it and shine through it is my fate, a duty that I will carry out with no complains or laments. It started as a fantasy, and now I live it in the present.

* Confucian allegory, “perseverance is the key to success”.

A letter to Toni Wu from his father

Normal players, specially at national level, do well while they are young and their physical strength and skills are outstanding. However, after they are 30, their physical strength starts to decline, and after a few years they might retire. It is rare to see someone that at the age of 40 is still willing to devote herself to tennis, working hard and discretely, working to exhaustion to train and guide the new generations and new talents. Through the years she held the post of official tennis coach of several primary schools and high school, and finally she gained the respect and recognition of many parents and teachers. Also, through the favorable criticism and encouragement received, she took the resolution of flying to Australia to participate in a local tournament.

There she met the coach that had trained her 17 years ago, during her period as a professional player. After playing a few matches she made the people there notice her progress and see her in a new light, and at the same time she made them realise that in spite of the up and downs of the passing of time, the most important is that lasting fighting spirit that confirms the value of a person.

The outcome of a battle is secondary, the most important is that unyielding spirit that will never fade away. 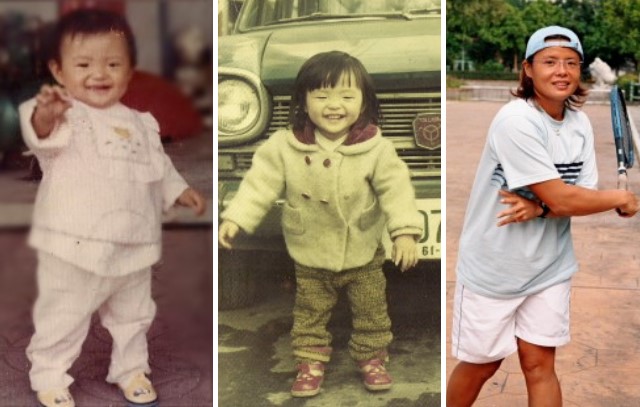 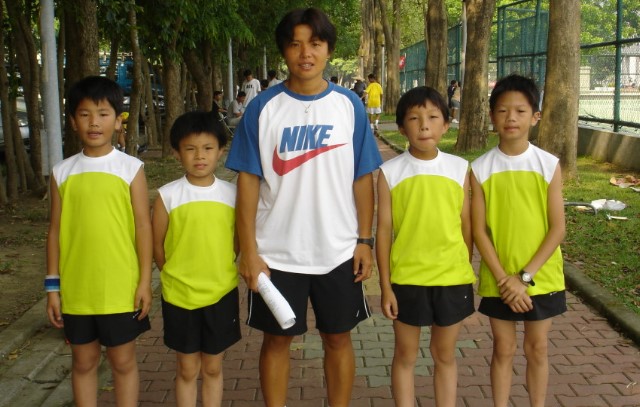 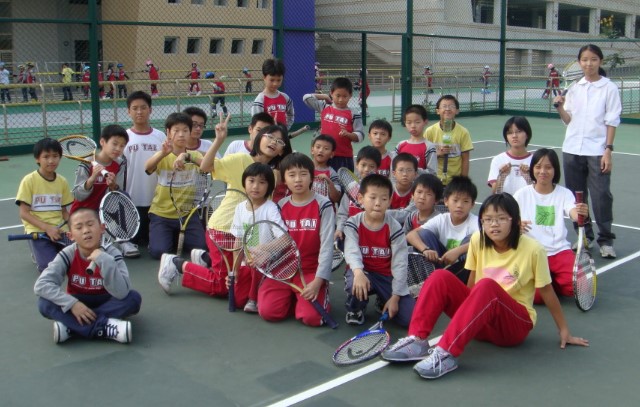 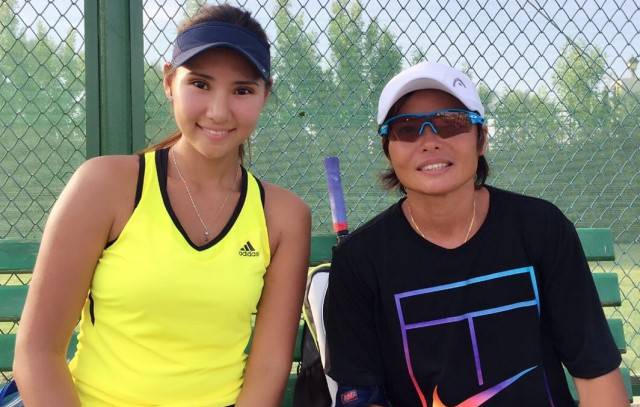 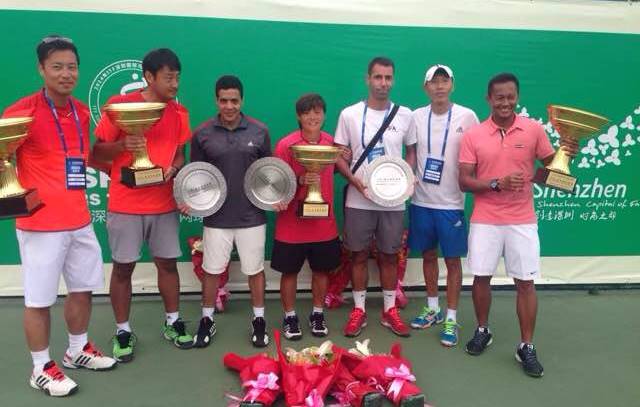 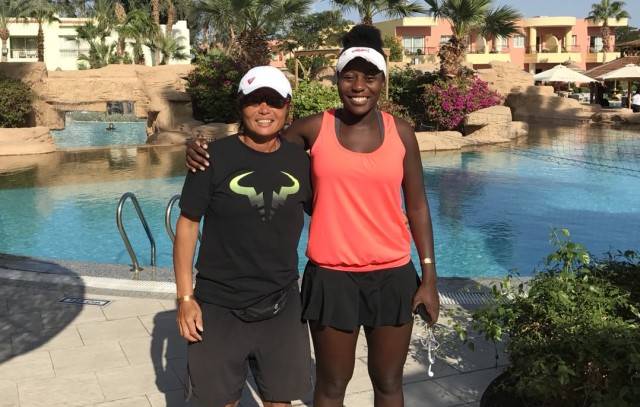 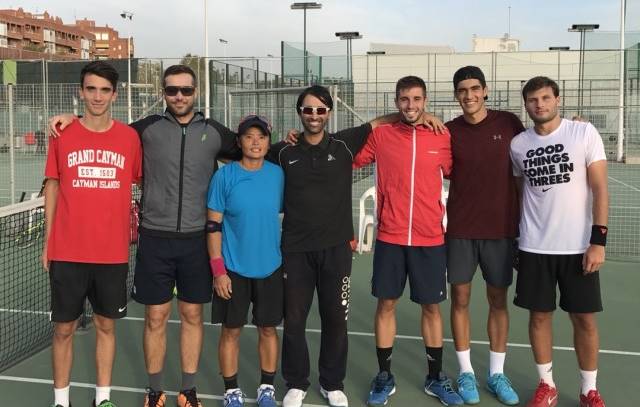